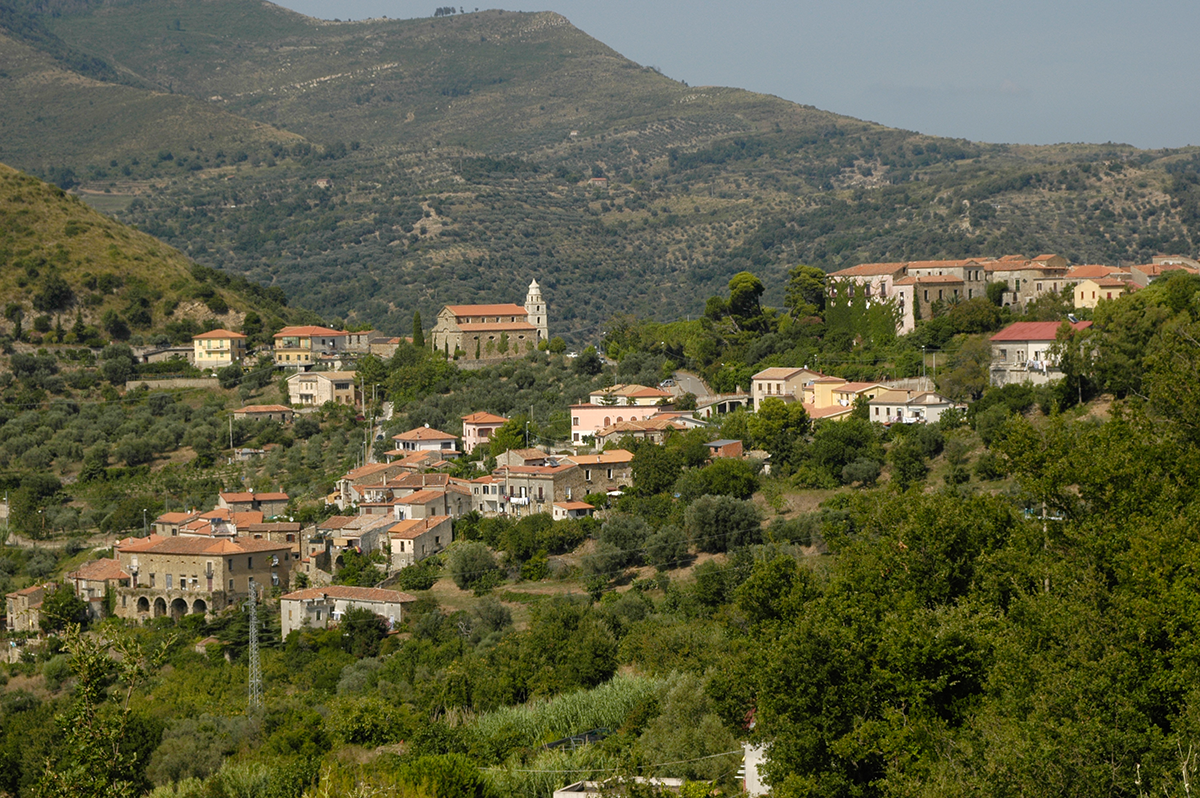 The origin of Celso is linked to the figure of some families from Pollica that, in order to escape the
internal struggles of their country, took refuge in more high toward the hill:

still preserves the ancient
urban structure, which makes it a place particularly characteristic, especially in the neighborhoods of San
Biase and Valle.Many houses adorn themselves with defensive towers, guarded by massive gates which
allows the passage of one person at a time.

Among the places of historical interest there is the Palace
Baronale Mazziotti, today is a national monument. Here was born Matteo Mazziotti, distinguished
scholar of the Cilentan Rennaisance Parliament and in the postwar period.

The Church of Celso is
dedicated to Our Madonna dell’Assunta. Built in local stone and adorned with brick frames, presents a
tower bell very low with respect to the architectural complex,

built in the eighteenth century the church
of S. John, erected at the beginning of the ' .500, rises on the rural road of Casal Velino. Belongs to the
core of the ancient village of Praganito, an abandoned village in the XII century the splendid monastery
of Constantinople was built in the XV century by some refugees of Constantinople that fled from
Mahomet II, wanted to build a place of worship dedicated to the Madonna. In 1610, Antonio Griso, lord
of the place, entrusted the chapel to the Augustinian friars that founded a convent, deleted after about a
decade for lack of resources.